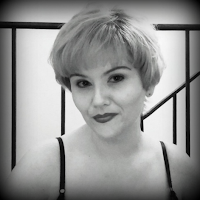 Ready to make the leap from online to real life? Maybe you've heard or seen some things that were exciting but you're not sure where to begin, or even how to know reliable sources from unreliable ones?

Don't worry. We've all been there.

When I first started to dip my toe into the kink pool, I was in college and the theater kids I hung around with had an annual "S & M Party." (Yes, that's what they actually called it.) This involved dressing in black lace/leather/studs/boots, playing some kinky-but-harmless games, doing a lot of flirting, and maybe even giving or receiving some spanks or bites and dripping hot wax from paraffin candles on peoples' chests. There was a lot of making out, as I recall. And a lot of drinking. Not actually the safest setup. I don't think any of us really knew what we were doing--it was more like we were playing out our ideas about SM gathered from popular culture, and as much underground culture as we could obtain in rural Nebraska. But it was exciting and it made me want more. My boyfriend and I would take turns tying each other up in bed occasionally, and we read weird erotica.

So how did I learn? Well, this was in the late 1990s and the internet was becoming a thing. I found some sites, and because of them, I got involved in some online kink groups. I got brave enough to help organize a few meet-ups in Omaha for women on the listserv. It was amazing to connect with real people who were really doing these things in real life and to compare our stories, our paths, and our relationships.

I also got my hands on three important books of that decade: Different Loving by Dr. Gloria Brame, SM101: A Realistic Introduction by Jay Wiseman; and Screw the Roses, Send Me the Thorns: The Romance and Sexual Sorcery of Sadomasochism by Philip Miller & Molly Devon. These three books together were the core of my library and learning. [They are still relevant today. Different Loving and SM101 have each been updated in the last 5 years. You won't regret getting them.]

The next and possibly most important thing occurred after I happened to move to a larger city: I got involved in the real-life community. There was a local "munch" (meet-up group) and I started going to it. I was nervous. I wasn't sure what to expect. But I went anyway. And I kept going. (Thanks, smOdyssey!) I've since moved again, but I've continued to be involved with local/area groups and I go as often as I'm able

Guess what? People were welcoming. I wasn't treated like meat. And in addition to the social meet-ups, I went to demonstrations and workshops, and I learned stuff! I got involved. And I found out that when you're part of a community, there's a lot of opportunity for real-life education and support. Unsafe players or manipulators generally don't stick around for long.

~SS
Posted by SoftSandalwood at 8:35 PM